Physically ,Sweden is the fourth largest country in Europe. It is 500 km.wide and stretches 1.600km. from north to south, with a surface area of 450,000square kilometres. Its population on the other hand, is not particularly large, just under 9 million. Most people live in the southern part of the country, while large parts of the northern Sweden are entirely unpopulated. 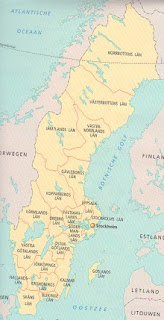 The capital of Sweden is Stockholm, which is also the largest city. Over1.5 million people live in  greater Stockholm. The second largest city is Gothenburg , followed by Malmö and , Uppsala 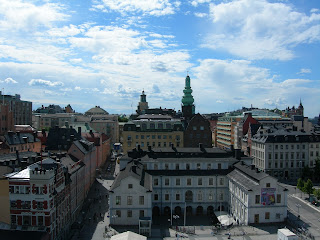 Sweden is a long country, and both countryside and climate vary greatly in different parts of the country. Cultivated land accounts for less then one tenth of the total land area and is found primarily in the south.The interior of northern Sweden is covered by vast forest and mountains, or "the fells" – along the Norwegian boundary. 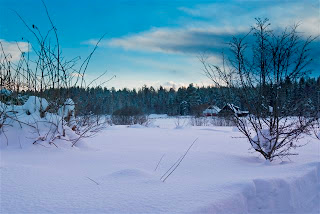 It receives a great deal of snow in the winter On the other hand, the climate of the areas along the northern Swedish coast hardly differs from the climate further south.